A tale of three farms

Good wine has great flavour. Great flavour comes from beautiful fruit. And beautiful fruit comes from a healthy farm. This is something we’ve learned the hard way but having drunk enough of the results of thoughtfully farmed grapes from all over the world, we’re very happy to put the work in where it’s really needed – in the vineyard.

But what is the best way to farm grapes?

Since first talking about our decision to embrace biodynamics on The Wine Farm we’ve been getting a lot of questions. There’s confusion about what it is, scepticism about the benefits it delivers, if any, and the most common question of all: ‘what’s the difference between organic and biodynamic farming?’

We thought it might be helpful to explain things via our own journey through the three broad farming systems – conventional, organic and biodynamic – and the decision-making process that led us to this point (with a little bit of help from one of the greats; apologies in advance if you’re not into Dickens).

When Neil first farmed in South Africa he waged chemical warfare on the vineyard with an arsenal of poisons and fertilisers. If you opened the door to his shed you’d find a stockpile of dubious products like glyphosate (now described by the World Health Organization as “probably carcinogenic”) to combat the weeds under the vines; chemicals designed to outwit nature and ensure his Chardonnay crop budded evenly come spring; phosphoric acid to spray on the vines, be absorbed by the plants and kill mildew from the inside out; and herbicides that obliterated the seeds of weeds before they even emerged.

Many of these chemicals are ‘systemic’ meaning they enter the bloodstream of the vines and are therefore present in the fruit and in turn the wines they produce.

You may be shocked to hear that Neil once farmed like that, but far more alarming is that the vast majority of agricultural land is still ambushed by these weapons – synthetic and systemic fertilisers, herbicides, fungicides, insecticides and genetically modified materials – today.

Neil was doing what all winemakers are taught to do during their formal studies. Yields were high, profits were good and the vineyard always looked neat and tidy with that tell-tale yellow strip beneath the vines.

But the wines were full of toxins and the flavour severely compromised. Dead soils produce dead wines.

Not only that but nature started retaliating and Neil was having to apply more and more of his chemicals to control the weeds, insects and fungi attacking his vines.

This was the age of foolishness, the season of darkness.

Something had to change, so the chemical arsenal was disarmed. Herbicides were replaced with whipper snippers and elbow grease to combat the weeds; conventional fungicides swapped for non-systemic sprays that stick to the outside of the plant, repel the mildews and wash off in the next rain; pheromones were employed to confuse and interrupt the life cycle of undesirable insects in place of pesticides; and synthetic fertilisers traded for home made composts.

If the plant’s not ingesting chemicals then neither is the person drinking the wine, and you’re not slaying innocent victims, namely the vineyard’s micro-organisms (the most important conveyors of flavour), in the process. Neil felt better and both the vineyard and the wines began to wake up.

This was the age of wisdom, the spring of hope.

Neil farmed that way for several years before really seeing the light and heading to Australia. Since buying our South Gippsland property four years ago we’ve put a lot of thought into how we want to farm it. This is the first time Neil has actually owned the soil in which his grapes grow and with that comes great responsibility. We both strongly believe in leaving our land in a better condition than when we found it. We love the idea of our children having the chance to carry on farming here well after our expiry date so we want the earth to be as healthy as it can be. Farming organically is a no brainer. We were certain from the outset that no synthetic or systemic chemicals would be used on our land.

But we also want to make the best wine we can. Wine that is pure, wine that expresses the soils from which it hails, and, of course, wine that is full of flavour. And that means focussing on what lies beneath.

The biodynamic farming system incorporates organic practices – no synthetic or systemic chemicals are allowed in the system so no damage is done to the plants or the soil. But on top of this are two very important processes that go beyond just keeping the system free of toxins. They set out to supercharge the health and vitality of the farm by improving the quality of the soil and the health of the crops in a very natural way.

The first is a soil inoculator, incredibly rich in microbes, sprayed among the crops to activate life in the soil. ‘Preparation 500’ is carefully created (in our case by our certifying body, Demeter, and sold to us for around $2 an acre) and applied to achieve myriad benefits on the farm, including increasing the population of bacteria in the soil, aiding in the formation of humus (digested organic matter that holds everything a vine needs to flourish), healthy root development and ultimately thriving plants.

By improving the health of the soil Preparation 500 boosts the naturally available nutrient content of the plant. And more nutrients means more flavour.

The second is a spray of crushed quartz (‘Preparation 501’) used to amplify the sun’s rays. This has two major benefits: by intensifying UV it kills off downey mildew spores on the leaves – one of the biggest fungal threats to a vineyard; and by enhancing photosynthesis, particularly in difficult wet seasons, it boosts the production of sugar and flavour by the plant.

Biodynamic farming is basically a highly effective means of amping up the greatest naturally occurring assets of a healthy farm – micronutrients and sunlight. Both of which are key players in our favourite thing, flavour – be it in your meat, your veggies or your wine.

It’s very early days for us and we’ll keep you posted on how things go, but we reckon biodynamic farming holds the key to achieving the two things we strive for most on The Wine Farm: the healthiest farm and the happiest tastebuds.

This is the season of light and we have everything before us. 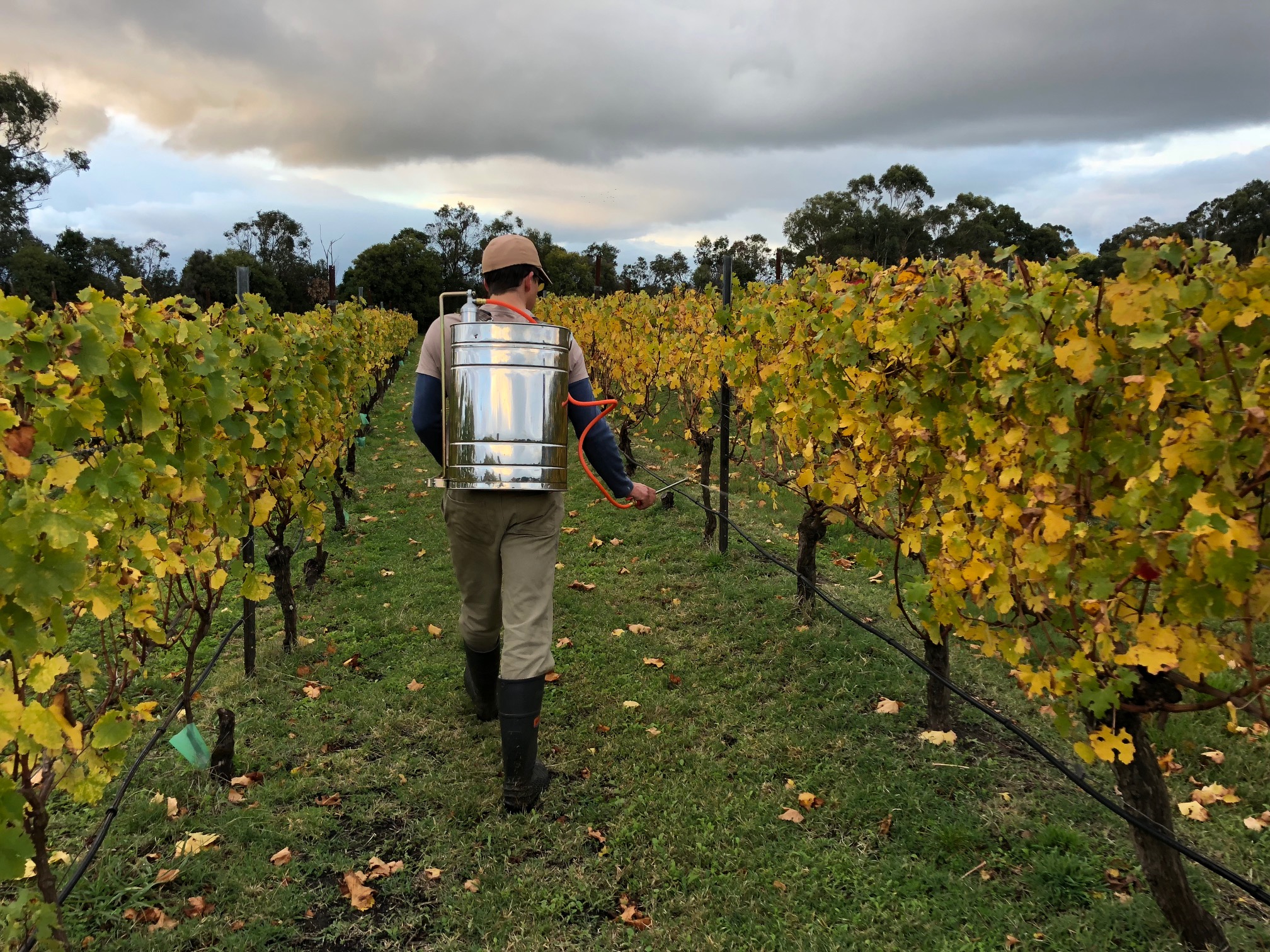